A Guide to Redesigning Your App the Right Way 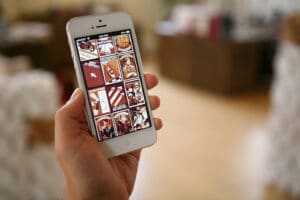 App design has been moving ahead rapidly in recent years, and any business relying on an app more than a few years old is bound to be working at a disadvantage. Follow these tips to spot key signs that your app could use an update. From there, you can take your lead from some recent successful redesigns and embrace the new technical capacities that have emerged in the last few years to make the most of your app.

3 Signs Your App Needs A Redesign

There are several signs that your company app may have fallen behind as technology advances. One of the main signs is that the platforms your app is designed for have developed user-friendly features that your app doesn’t engage. This may mean adapting your app to use location-based feedback or improved microphone input.

Don’t just engage a new feature just to use it, though. Instead, make sure any additions are necessary ones that don’t overburden your app. Also, remember that a redesign should still hold on to some older features – as Jason Venable from Arrowpointe notes, part of the challenge associated with a redesign is that you don’t have a blank canvas to work with. Your users will rely on some things staying the same.

Another sign your app may need to be redesigned is that it no longer corresponds with your main website. Have you added new features to your website that aren’t included in your app? The main goal of an app is to structure the same features your website has in a way that is mobile platform friendly. When you redesign one, a redesign of the other shouldn’t be far behind.

A third important sign that you may need to redesign you app is based on external data. Has the demographic using your services significantly changed? If so, there may be features suited to that group that you weren’t employing before. For example a more youthful demographic may be interested in your app engaging with social media, while an older demographic might look for easier navigation tools or adaptive use features.

Great App Redesigns to Learn From

Many sites have redesigned their apps in recent years, though many have not been especially successful. Standing out from the app pack are three sites: Pandora, Flickr, and Housing.com

Pandora’s redesign can be cited as a success because the company set a specific goal for its app, rather than just setting out to perform a facelift. For Pandora, personalization was the key feature emphasized in its redesign process. The app’s new features included a simplified ability to mark favorite songs, as well as a running counter of songs given a thumbs up or thumbs down rating. While Pandora also altered its color scheme and other details, it’s the user interaction features that stand out.

The Flickr redesign sets out different goals than Pandora and Housing.com, but what makes it an interesting project is Flickr’s engagement with major technological trends. The main goal of the Flickr redesign was to take advantage of cloud storage. By offering extensive online storage capacity, Flickr put itself in the same league with iCloud and Dropbox. The redesign may not be revolutionary, but it did work to keep Flickr users loyal in the face of stiff competition.

App designs aren’t a free for all, and they should be approached with caution, even – and perhaps especially – by older apps. Before setting out on major changes, make the redesign intention public and make the goals for the new app clear. Users don’t respond well to sudden changes, but cautious change that keeps up with technological trends can be vital to ongoing business success.