Not everyone of us in the problogging industry is well-versed with design and animation. However, it’s not such a secret that many sites today depend on some technology that provides animation and instant feedback for users. And having a service that does the technical stuff for you surely is helpful.

One such service is Flashloaded, the subject of our review today. Flashloaded provides a handful of Flash components that you can download, install on your server, then copy over some code over your own blog or site’s theme. All this without requiring you to have an extensive knowledge of Flash authoring.

Flash components extend the functionality of Flash by providing an easy way to enhance your Flash websites by adding features with little or no coding. These Flash components or Flash extensions are installed in the Adobe or Macromedia Flash authoring environment (IDE).

For instance one tool I find very powerful in the world of blogging is RSS. RSS can be used both to syndicate and aggregate information from various sources. RSS can also be used to market your own content. Flashloaded’s rssReader flash component handles this kind of work.

The rssReader adds live RSS newsfeeds to your Flash MX, Flash MX 2004 and Flash 8 websites within minutes. This Flash component can load RSS/RDF files into a textfield, textarea or the Flashloaded flashTicker / flashtickerFX

Here’s a sample of an RSS flash component. 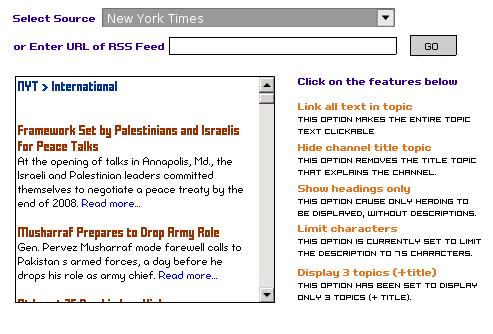 Here, RSS feeds are loaded into a text field. Users can choose data sources from the dropdown box, or just manually key in the URL of his desired data source.

What’s good is that Flashloaded gives you several options in styling or designing their Flash components. For instance, the RSS box above can be seen instead as a ticker:

What I like about this component is the fact that messages are fully searchable from the guestbook interface itself. The Flash Guestbook also has a built-in admin panel, where publishers can customize the security/verification requirements for message submission. Publishers can also block users, edit messages, and mange the guestbook, all in a Flash interface. 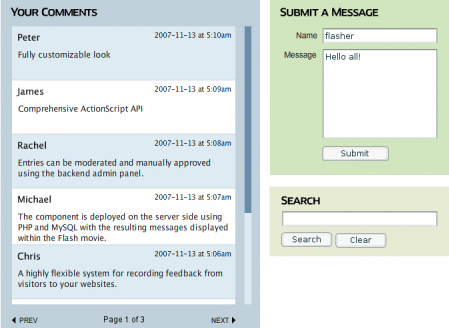 Flashloaded has a handful of other services and Flash components that are aimed at owners of Flash-based websites, or even non-flash sites wherein the owner wants to insert some animated and/or interactive elements. 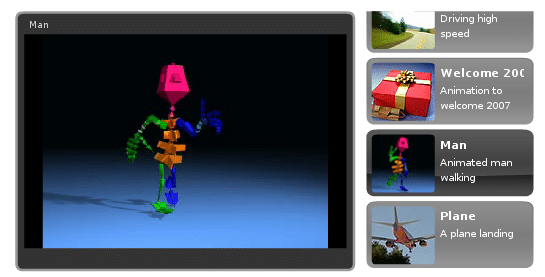 Flashloaded’s flvPlayerPRO has fully skinnable backgrounds and controls, and a host of other features like XML-feeding of parameters and data sources, and zoom and pan controls. flvPlayerPRO also comes in the streaming-enabled version, which lets publishers stream video directly from source.

Flashloaded offers free trial components, which are downloadable from their freebies page. These are “lite” components, though, which means they are stripped-down versions of their full counterparts. Freebies include the following components that might help prospective customers decide whether to acquire full versions.

Flashloaded’s regular Flash components are not free, but I find the pricing reasonable enough, especially for publishers who are not able to author flash components themselves (would you rather pay for a tool instantly downloadable, or pay more for a programmer to create your flash component for scratch?). Prices range from $34.95, for instance, for the RSS Reader, to $79.95 for the streaming-enabled video player.

The advantage of per-component pricing is that you only get to pay for the particular component/s that you are going to use. It would be an advantage if you could also pay for the entire bundle, though. Still at sub-$100 levels, again, I find the prices for flash components reasonable enough.

Users also have the option to earn from Flashloaded’s referral program. Flash-related blogs and websites can earn up to 30% commission on referral-enabled flash components. This could be a good alternate source of revenue for sites and blogs whose authors are looking for more ways to monetize their sites.

Flashloaded is a division of FFF Web Media, Inc., a Toronto, Canada-basd company known for producing the Fonts for Flash website.

Disclosure: This short review was produced upon request by Flashloaded.